Your skin experts which every family must have one! As long as it's a skin problems, Bao Fu Ling also can help you. BAO FU LING, known as one of the four famous Chinese medicine, is an ancient skin repair prescription inherited for centuries. The most important feature of BAO FU LING is to restore the skin’s self-repair function, effective for inhibition of bacteria. No matter it is burns, scalds, eczema, dermatitis, skin allergies, mosquito bites, sunburn, or acne, as long as it is skin problem, BAO FU LING is the cure. Pure herbal medicine extraction, without hormones, can effectively kill the fungi on the skin and in the blood to restore the skin’s self-healing ability.

Once upon a time there was a monk sat in meditation under an old camphor tree, because he was in the wilderness, he had long been exposed to wind, rain and sun, together with mosquito bites, causing ulceration and swelling on his skin, chill and heat were both all over his body. He finally fainted under the old camphor tree, gasping. At that time, a pair of rural couples passing through and found the monk, they took him home. The couple, first of all, soaked some white round objects into the water to dissolve, then dipped the towel into it, gently wiped the wounds on the monk. After a while the skin began to have obvious changes, swelling gradually subsided. Next day the monk gradually woke up, he found his body and his face were completely healed. The monk tried to understand the reason before leaving the couple. In fact, that magical water was the dissolvent of camphor crystals. Since that day, wherever the monk went, he would spread the remedy recipe to local folks. A few hundred years later, Beijing Bao Zhi Tang Medical Research Institute, following Bao Zhi Tang’s ancestral prescription, re-ratio and apply the modern means of purification to develop a product which is effective for various skin problems, this is the origin of BAO FU LING.

Your skin experts, every family must have one.
As long as it's a skin problems, Bao Fu Ling also can help you.
Bao Fu Ling commitment that products are hormone-free and steroid-free.

ORIGIN: Made in China

CAUTION: For external use only. Avoid oral, do not apply on the eye area. 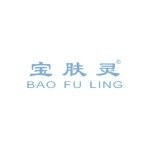 At Baizigui, your satisfaction is our first priority. We stand behind the quality of our products and will make things right if you are not satisfied with your purchase. We believe that we can work together with our customers to make every purchase a positive experience. Our shipments are carefully inspected before leaving our warehouse. But in the event you received faulty item, simply follow the instructions below.

What if I received a damaged?

( this term not including SALE ITEM , as-is or any item we already mentioned there is minimal defect in product details )

Firstly, we apologise if the products received was damaged.

For the items to be eligible for a return and exchange, they will have to meet these requirements:

Baizigui have the right to refuse any exchange and refund  without any confirmation letter or notice from us.

The delivery fees is based on item's weight. Free delivery (BELOW to 2 kg) will be provided for any purchases RM250 and above in a single receipt on Malaysia No.1 Wellness E-Store.

Title for your review

Title for your review

very fast delivery. this product works for itch due to bed bugs and general rashes.

I have been using this cream for more than 30 years and I find this the best for eszema.<br /> The delivery was fantastic.ordered on 13 April and received on 15 April. Very good service by Bai Zi Gui. Highly recommended.

Delivery a bit slow but customer service was very helpful