Designed by Mashpatooties, a well-known Malaysian illustrator. The Master Bear - the mascot of Baizigui is holding a fan to decoct herbal medicine, showing the wisdom of traditional Chinese medicine. Limited to 300 pieces.

Designed by Mashpatooties, a well-known Malaysian illustrator. The Master Bear - the mascot of Baizigui is holding a fan to decoct herbal medicine, showing the wisdom of traditional Chinese medicine. Limited to 300 pieces.

Why is Master Bear the mascot of Baizigui?

The main reason is that Baizigui would like to call on everyone to boycott bear bile products and support the Asian Animal Protection Association to do their part for nature and animal protection! Most of you may have heard of "extracting bile from live bears". It is to extract bile from live bears. This seemingly simple operation makes the bear sacrifice its original health.

In ancient times, bear bile was regarded as a medicinal material, and many people hunted wild black bears and killed them to extract their bile. Because the cost of this method is too high, bear bile is also very precious. Up to now, bear bile is still expensive, and some people continue to extract bile from live bears for profit.

The thought of any animal in captivity is a terrible one, especially if those animals are also being tortured. Anyone with a sense of empathy or compassion would do whatever they could to save the life of a struggling creature if they had the opportunity.

The Origin of "Bile from Live Bears"

Later, a person came up with a method, which is to keep the captured black bears in captivity, and use a long needle to pierce the bear's gallbladder to extract the bile when the bear's bile is needed.

In this way, you can get the required bear bile without killing the black bear, which can be regarded as a long-term method. So far, the bile extraction from live bears was invented, which has also caused many black bears to endure unimaginable pain since then.

How much damage does "living bear bile" do to bears?

There is nothing wrong with breeding black bears in order to obtain traditional Chinese medicine. The fault lies in the cruel way of harvesting bile from live bears. Although later people will continue to improve and upgrade the method to alleviate the pain of black bears.

But after all, it is inserted into the gallbladder to extract juice. No matter how you improve it, black bears still have to suffer. Moreover, black bears that have undergone bile extraction for a long time are far less than wild black bears in terms of mental state and lifespan.

The first live bear bile extraction was to fix the black bear with a tool, and then insert a long needle to absorb the sap from the bear bile. However, this method will cause the wound to be itchy after taking the gallbladder, and the black bear will continue to scratch the wound with its claws, which makes the black bear prone to infection, and some will die directly.

One brown bear kept for years in a “torture vest” at a Chinese bile farm faced a bleak existence. Thankfully, rescuers came to her aid, but not before they witnessed living conditions that were a shocking reminder of how terrible Asia’s bile industry is for animals.

Even though spending an afternoon at the zoo is fun, the idea of keeping any animal in captivity is upsetting. Animals are meant to roam free in the wild with their species, not peer out through chain link fences at large crowds of spectators.

While most zoo employees treat their animals with respect, there have been plenty of cases of reported abuse throughout the world. As much as we’d like to think everyone is empathetic to an animal’s needs, that simply isn’t the case.

One country with many reports of animal abuse and mistreatment over the years is China. While it isn’t prevalent everywhere, there are certain places known as animal bile farms where the conditions are atrocious.

Believe it or not, bile is extracted for use in traditional Chinese medicine. When most people imagine ancient Chinese healing, methods like acupuncture and moxibustion come to mind. They don’t think about the much darker world of bile farming.

The bear bile these farms collect are sold in tablet form and liquid form. People who believe in this traditional medicine claim the bile helps with a variety of ailments, including sore throats, gallstones, liver problems, and even poor eyesight. But, is bile absolutely necessary to improve one’s health?

While some cultures firmly believe so, it couldn’t be further from the truth. There are plenty of herbal and synthetic alternatives with the same medicinal properties, and no animals have to suffer.

Founded by Jill Robinson MBE in 1998, Animals Asia Foundation is devoted to the welfare of wild and domesticated animals in Asia. We also work towards the conservation of endangered species. Animals Asia is an Asian-focused government-registered organisation with headquarters in Hong Kong and offices in Australia, China, Germany, Italy, the UK, USA and Vietnam, as well as Moon Bear Rescue Centres in China and Vietnam. We have around 300 staff worldwide.

Under our Cat and Dog Welfare programme, our campaigns include Animal Therapy (our pioneering Dr Dog and Professor Paws programmes). More than 100 registered therapy dogs and their guardians volunteer in Hong Kong alone, spreading their special brand of comfort and love to those in need in hospitals, orphanages, schools and centres for the disabled. We feel these dogs are the perfect ambassadors for their species (as well as for cats) and hope that eventually people will grow to love all animals through their love of these companion animals.Our two other flagship programmes are End Bear Bile Farming and Zoos and Safari Parks. 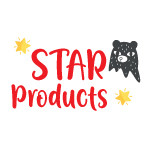 At Baizigui, your satisfaction is our first priority. We stand behind the quality of our products and will make things right if you are not satisfied with your purchase. We believe that we can work together with our customers to make every purchase a positive experience. Our shipments are carefully inspected before leaving our warehouse. But in the event you received faulty item, simply follow the instructions below.

What if I received a damaged?

( this term not including SALE ITEM , as-is or any item we already mentioned there is minimal defect in product details )

Firstly, we apologise if the products received was damaged.

For the items to be eligible for a return and exchange, they will have to meet these requirements:

Baizigui have the right to refuse any exchange and refund  without any confirmation letter or notice from us.

The delivery fees is based on item's weight. Free delivery (BELOW to 2 kg) will be provided for any purchases RM250 and above in a single receipt on Malaysia No.1 Wellness E-Store.

No customer reviews for the moment.